Consultative Workshop on “Opportunities and Challenges for Vietnamese Filmmakers”

On the 28th July 2020, at the Headquarter of United Nations in Viet Nam, UNESCO Ha Noi Office organized the Consultative Workshop on “Opportunities and Challenges for Vietnamese Filmmakers” in the framework of the project launched by UNESCO in Southeast Asia on “E-MOTIONS – Mobilizing film professionals for regional cooperation”. Ms. Nguyễn Phương Hòa, Director General of International Cooperation Department, authorized by the Leader of Ministry of Culture, Sports and Tourism, attended and delivered her speech at the Workshop. 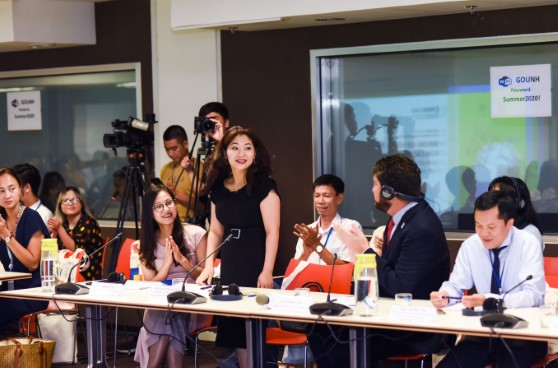 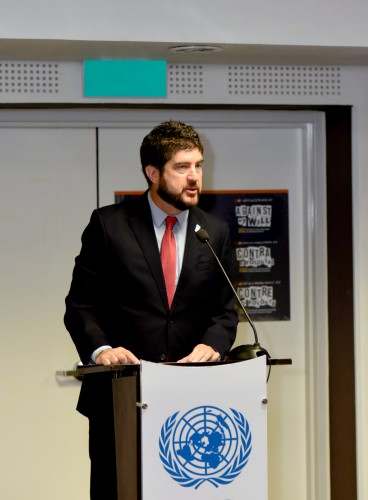 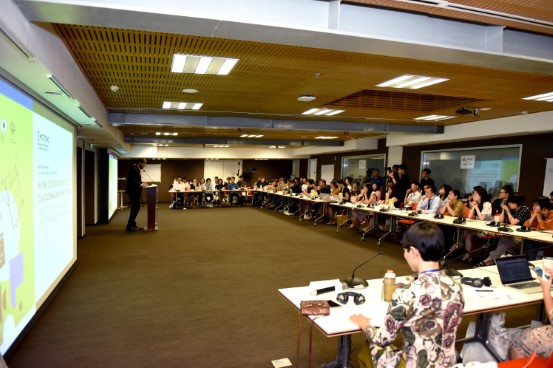 In his opening remarks, Mr. Michael Croft, Head of UNESCO Ha Noi Office, affirmed that the film industry in Viet Nam is poised for a period of growth and energy with emerging talents, spectacular shooting locations and a new generation of creative young women. UNESCO prioritizes supporting Viet Nam in the realization of objectives of the National Strategy on the Development of Cultural Industries, which is considered the centerpiece of Vietnamese Government’s implementation of the UNESCO’s Convention on the Protection and Promotion of the Diversity of Cultural Expressions (UNESCO Convention 2005). 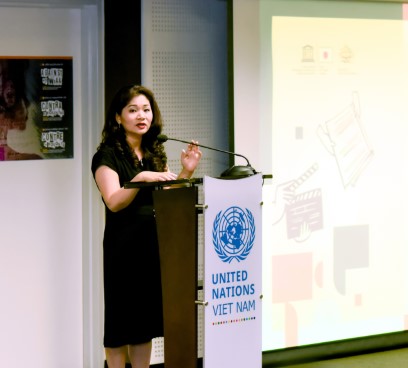 Speaking at the Workshop, Ms. Nguyễn Phương Hòa said that in the process of implementation of the UNESCO Convention 2005, Vietmamese Government issued and executed the National Strategy on the Development of Cultural Industries in Viet Nam toward 2020, with a vision to 2030 in order to accelerate building an appropriate policy environment and facilitate the sustainable growth of these industries in Viet Nam, in which the film sector is regarded as a key industry. In the context that the Law on Cinematography of Viet Nam has been reviewed to submit to the National Assembly for amendment, the Workshop offered an opportunity for managers, filmmakers, production companies and stakeholders to discuss measures to promote creativity and artists’ potential, take advantage of all resources in the society to support Viet Nam’s film sector in the creation of more valuable, high-quality and well-received products with high revenue in the market, contributing to the development of the film sector in particular and cultural industries in general in Viet Nam. In the coming time, it is necessary to strengthen the mobilization of the joint endeavor of organizations and individuals working in the film sector to develop and promote Vietnamese film brand at the regional and global level. 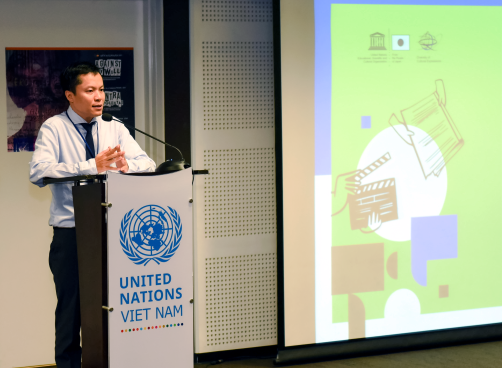 During the discussion sessions at the Workshop, delegates exchanged opportunities and challenges for Vietnamese filmmakers to get access to funds, sponsorship sources; film training formats in Viet Nam as well as opinions on gender in the film sector. Delivering closing remarks, Mr. Michael Croft affirmed that all the recommendations and proposals raised at the Workshop would be regarded as the first steps of the Project with the aim of implementing the next ones to enhance policies to support the development of the film sector in Viet Nam. 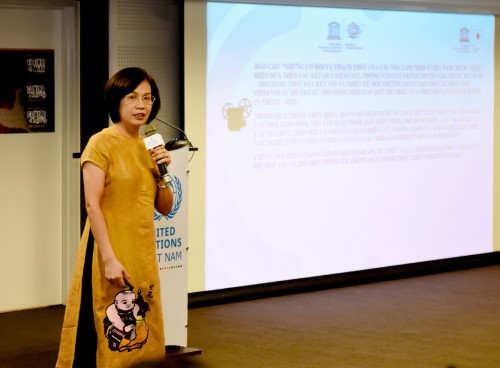 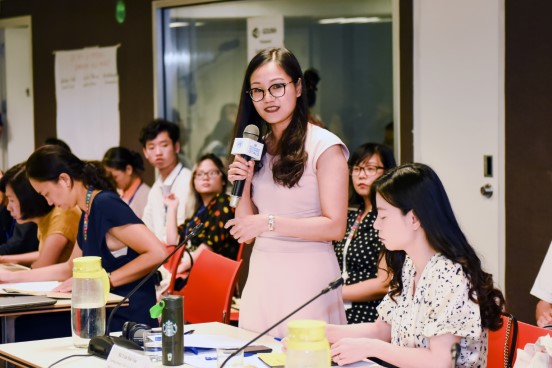 The Project “E-MOTIONS – Mobilizing film professionals for regional cooperation” launched by UNESCO with the financial support from Japan Government aims to support the development of a network of filmmakers and professionals across Southeast Asia with focus in Viet Nam, Thailand and Indonesia. The Project is one of the activities contributing to the implementation of the UNESCO 2005 Convention and relevant sustainable Development Goals including decent work creation, entrepreneurship, creativity and innovation as well as to address the gender imbalance in the region’s film industry and encourage the greater female representation and cooperation among women film professionals. 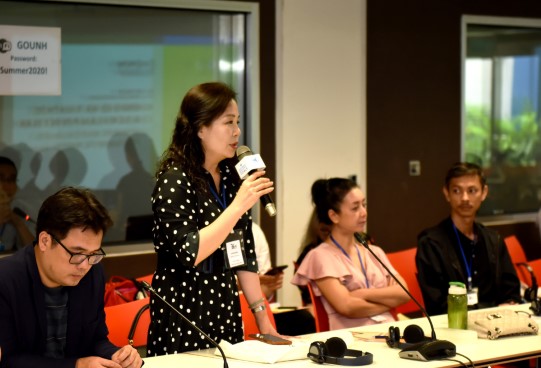 Dr. Ngô Phương Lan, President of Viet Nam Association of Film Promotion and Development delivered her speech at the Workshop 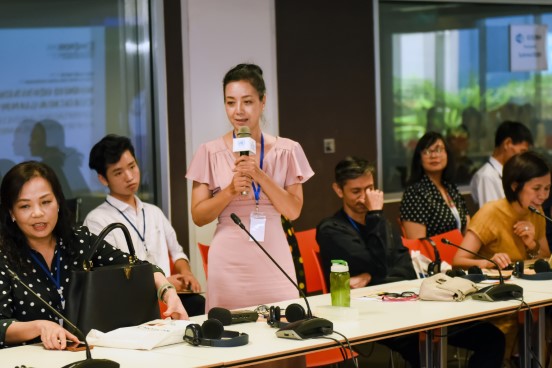 Actress Chiều Xuân shared her view at the Workshop 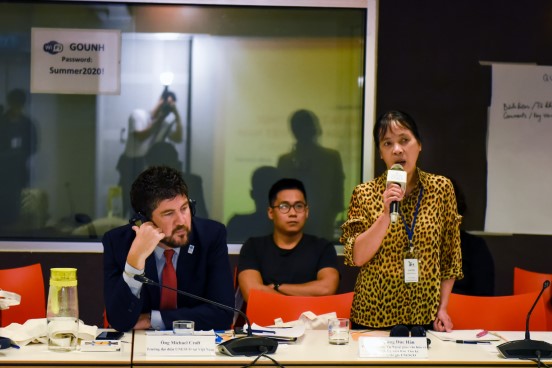 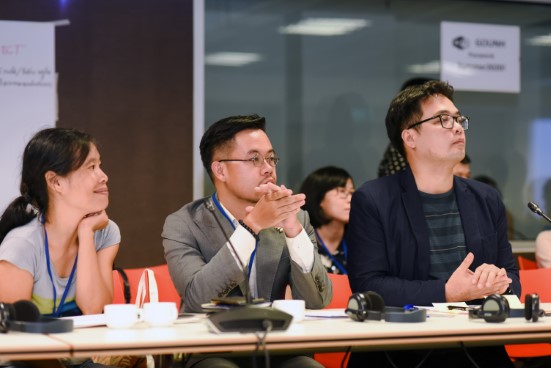 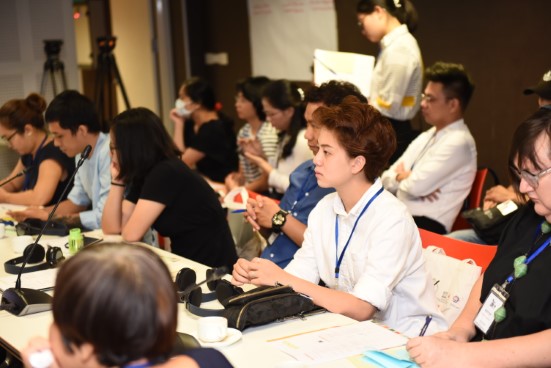 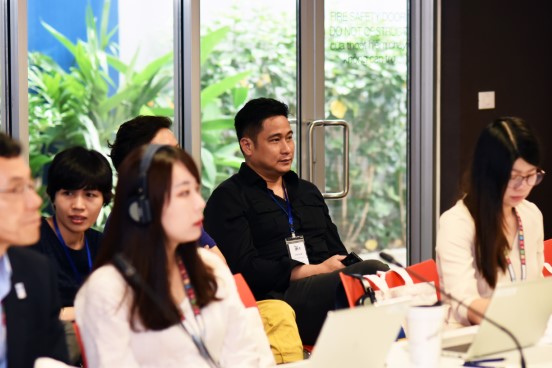