The ASEAN Cross Sectoral and Cross Pillar Consultation on the Narrative of ASEAN Identity was held online on August 31st2020. The meeting was hosted and chaired by the Ministry of Culture and Education of the Republic of Indonesia-Chair of ASEAN Ministers Responsible for Culture and Arts Meetings term 2018-2020. H.E Mrs. Retno Marsudi, Minister for Foreign Affairs of the Republic of Indonesia and H.E Dato Lim Jock Hoi, ASEAN Secretary General attended and delivered opening remarks; Mr. Kung Phoak, Deputy Secretary-General of ASEAN and representatives of the ASEAN Sectoral Bodies from the three ASEAN Community Pillars: Political-Security Community, Economic Community and Socio-Cultural Community were among the attendants. The delegation of the Ministry of Culture, Sports and Tourism consisted of Associate Professor Ph.D. Mr. Bui Hoai Son-Director of Viet Nam National Institute of Culture and Arts Studies; Mr. Le Ngoc Dinh-Deputy Director General of International Cooperation Department and officials in charge of ASEAN multilateral cooperation.

The meeting targeted at consulting with sectoral bodies on the Narrative of ASEAN Identity in preparation for its submission to the Meeting of ASEAN Ministers Responsible for Culture and Arts (AMCA) 2020 for consideration before tentative submission to the 37th ASEAN Summit for adoption.

2020 was chosen as the Year of ASEAN Identity. Indonesia has taken charge of drafting the Narrative of ASEAN Identity and collaborated with ASEAN Secretariat and other ASEAN member countries to further develop it. Some of the concepts of ASEAN Identity was introduced at the ASEAN Foreign Minister Retreat hosted by Viet Nam in Da Nang in January 2020. 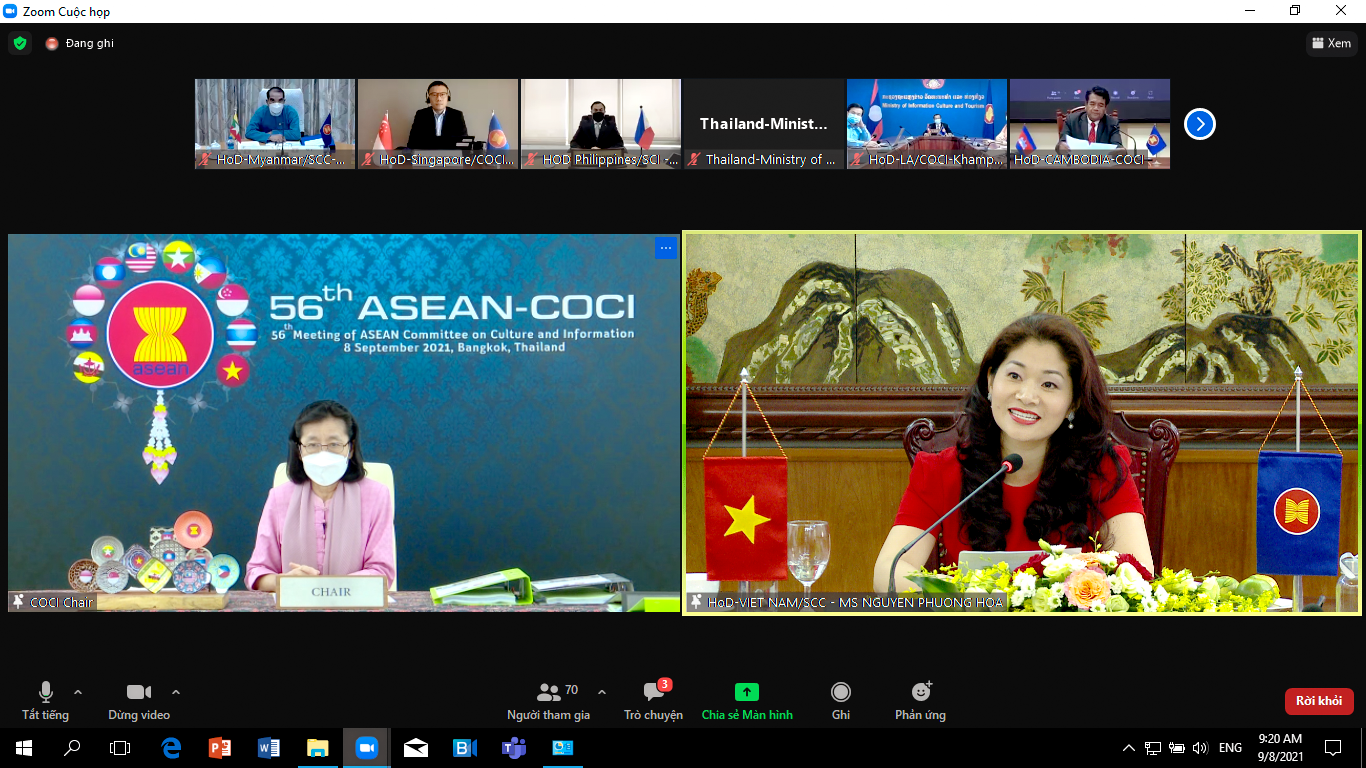 H.E Mrs. Retno Marsudi, Minister for Foreign Affairs of the Republic of Indonesia

ASEAN Identity is a balanced combination of inherited values and constructed values which are adaptive, flexible and sustainable and inclusive. This narrative may pave the way of ASEAN towards an “Imagined Community” that share common goals and dreams and forge ahead together as one ASEAN Community.

ASEAN Identity is a process of social construct defined by balanced combination of “constructed values” and “inherited values” that will bring ASEAN from a Society to a Community. In this connection, ASEAN Identity could be measured on the basis of parameters such as: ASEAN Awareness (the percentage of ASEAN peoples that can associate themselves being part of ASEAN), ASEAN Relevance (the understanding of how people should benefit from ASEAN), ASEAN Pride (the degree of pride of the people to be part of ASEAN and the acknowledgments of external parties of the unity and centrality of ASEAN Community).

At the meeting, participants basically agreed on mainstreaming ASEAN Identity and gave additional input on ASEAN Identity. Before this meeting, the Ministry’s representatives had attended some of the consultation sessions on the Narrative of ASEAN Identity.

In his closing remarks, Mr. Kung Phoak- Deputy Secretary-General of ASEAN concluded issues for ASEAN countries to give more thoughts to, namely finding ways to mainstream ASEAN Identity in the work plan of the three pillars and to better generate awareness of ASEAN Identity among ASEAN people…

According to the timeline, ASEAN Member States will actively collaborate to work out the final draft of the Narrative of ASEAN Identity (tentatively by the end of September 2020), submit it at the Meeting on ASEAN Ministers Responsible for Culture and Arts (hosted by Cambodia tentatively in October 2020) for approval before having it adopted by the ASEAN Leaders at the 37th ASEAN Summit in November 2020 in Ha Noi, Viet Nam.